I’ll start with a question for people old enough to remember watching the “Ed Sullivan Show.”

Does anyone remember the guy who balanced china plates on bamboo poles? He would start at one end, throwing plates up on poles and starting them to spin by rotating the poles. They stayed in place through the gyroscopic effect – relatively level as long as the plates were spinning fast. By the time he got to the end of the row, the first plates had started to slow down and wobble badly on their poles, but before they could crash, he raced back to get them moving fast – again.

That image often comes to mind when I have too many things happening all at once. This week was like that – get the COP15 plates spinning, and quickly on to the amendments to the Canadian Environmental Protection Act (S-5), and back to Green Party work and organizing to help in Mississauga Lakeshore, protecting fragile habitat in Montreal wetlands, fundraising for the Green Party and back to climate! Spin, wobble. Spin, wobble. So far this week, no plates were broken, but you get the picture.

The 15th Conference of the Parties to the Biodiversity Treaty is now underway in Montreal. (If you missed my brief history review of the treaty’s origins, see the November 27th GSM.) I recounted how the US, under George Bush Sr., tried to kill the treaty. Here’s what has happened since 1992. Once Bill Clinton became President, the US signed the treaty, but never tried to obtain the 2/3rd vote in the Senate necessary to ratify it under the US Constitution. The US is still not a Party to the Treaty. As a member of the Canadian delegation, I wear a “party” badge, but no US delegates can. It is a remarkable and very, very fortunate thing that Bush got the United Nations Framework Convention on Climate Change (UNFCCC) through the Senate before leaving office. No one else could have.

One large complexity of COP15 is that Canada is offering the physical space in Montreal, but Canada is not the chair (or in UN terms “president” of COP). China is.

COP15 was supposed to have happened in September 2020 – right before COP26 of the UNFCCC which was supposed to be in Glasgow in November of that same year. Then COVID hit.

Kunming China has done some preliminary work for COP15, with smaller numbers gathered. But it was only four months ago that Environment Canada started trying to prepare for the events in Palais des Congrès. They have done a great job. Canada’s Pavilion, with a gorgeous display of Indigenous art, is impressive.

Racing around Palais des Congrès brings back a lot of memories. One of the most successful climate negotiations ever, COP11 in 2005, happened there. If you wonder where the “success” of COP11 went, it was killed by the Danish government at COP15 in Copenhagen in 2009.

This COP has an air of naïve optimism. So many people from around the world have shown up with their proposals for Indigenous land management, bioecology and reforming agriculture, reform of fishery regimes, and protecting 30% of Planet Earth by 2030. Still, the pharmaceutical, pesticide and biotech lobbies are out in force.

The COP15 slogan is “One World. One Chance.” I keep wishing I had a large enough marker – and a few stepladders to make a critical edit to “One World. Last Chance.”

This article is highly significant. An inconvenient misconception: Climate change is not the principal driver of biodiversity loss. No one denies that the climate crisis is the major long-term threat to species around the planet. Meanwhile, right now, species are being driven to extinction by those good old-fashioned threats like spraying pesticides, over-fishing, and clearcut logging.

“Nature-based solutions” (NBS) to climate are all the rage – at least in high-level dialogue, if not in action. And there is no doubt that planting mangrove forests where they once thrived and restoring carbon to soils from regenerative agriculture are all (capital G) good things. But the NBS fad could see people planting trees where they do not belong. On our prairies, it is far better to protect traditional grasslands than try to convert them to forests. Grasslands hold even more carbon in their root systems and in the soil than forests.

To protect life on earth, we must get off fossil fuels ASAP. To save species at risk of extinction, we need to reduce the exploitation of forests, oceans, agricultural lands, and all living things. We need to live on what nature can replace. We have to stop mining living systems for money.

Saturday’s Globe and Mail has a brilliant and insightful piece from Wade Davis. As an anthropologist with deep connections to Indigenous peoples, Wade draws on insights gained from Indigenous wisdom. “For these (Indigenous) societies, the land is alive, a dynamic force to be embraced and transformed by the human imagination. Reciprocity, as opposed to extraction, is the norm; just as the Earth yields its bounty to people, so humans must pledge their fidelity to the Earth. The ethnographic record confirms that this is not wishful rhetoric; it’s the actual way in which most Indigenous cultures have lived for all of their histories.”

This is why Indigenous prayers reference “All my relations.” I used to think it meant to all human family members. Over time and after listening to many Elders, it became clear. The salmon are related to me, so are the trees and the whales. All of life and even the rocks – all my relations.

On Monday Rainbow Eyes, whom Amita Kuttner named Deputy Leader, a title Rainbow Eyes amended to “Ooh-mah Ah-nise” (meaning “high ranking woman, Aunty in Kwak’wala), will be bringing the slice of giant, old-growth tree from Fairy Creek, known as the “Cookie” into COP 15. Somehow, she got permission to have it at Canada’s Pavilion! 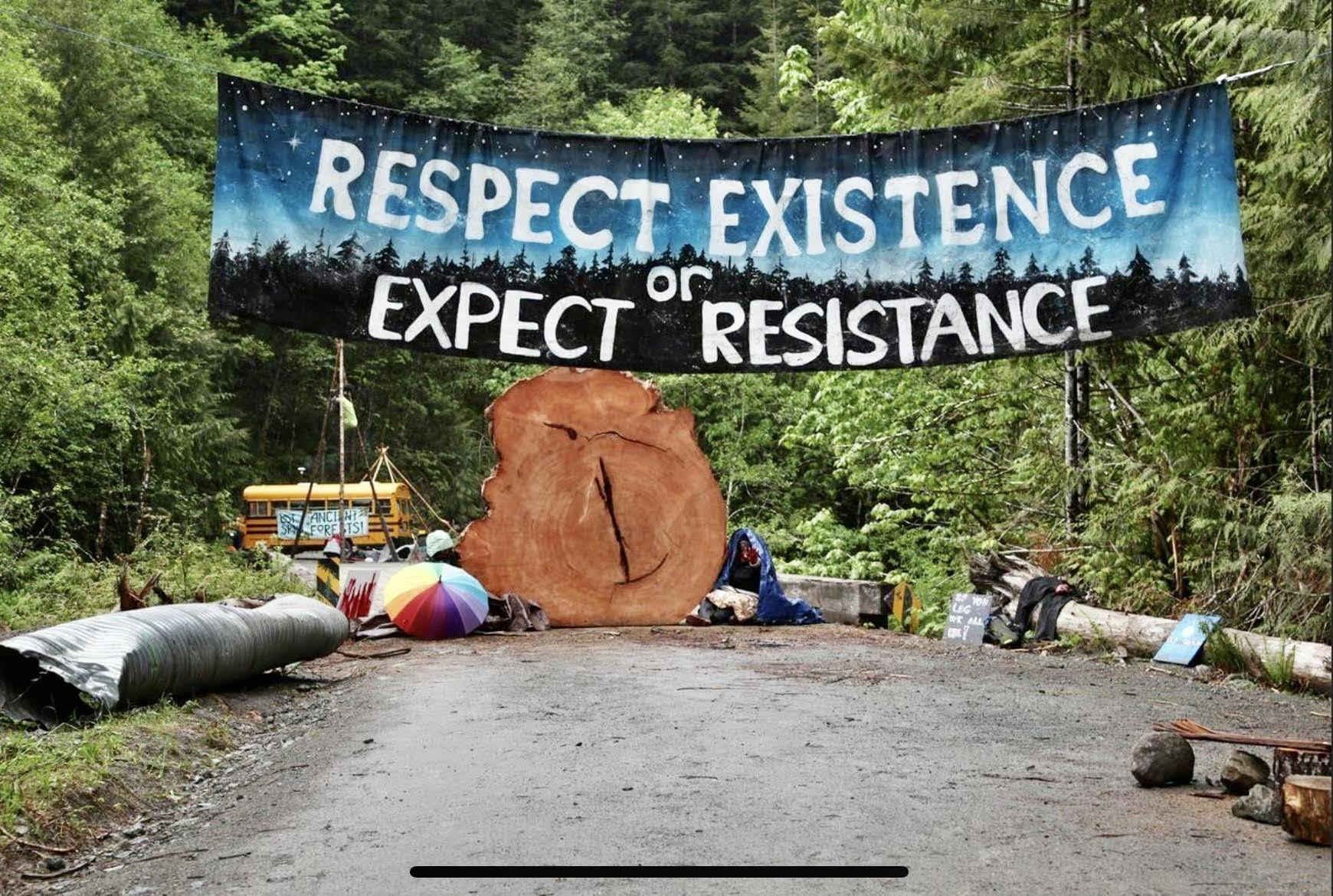 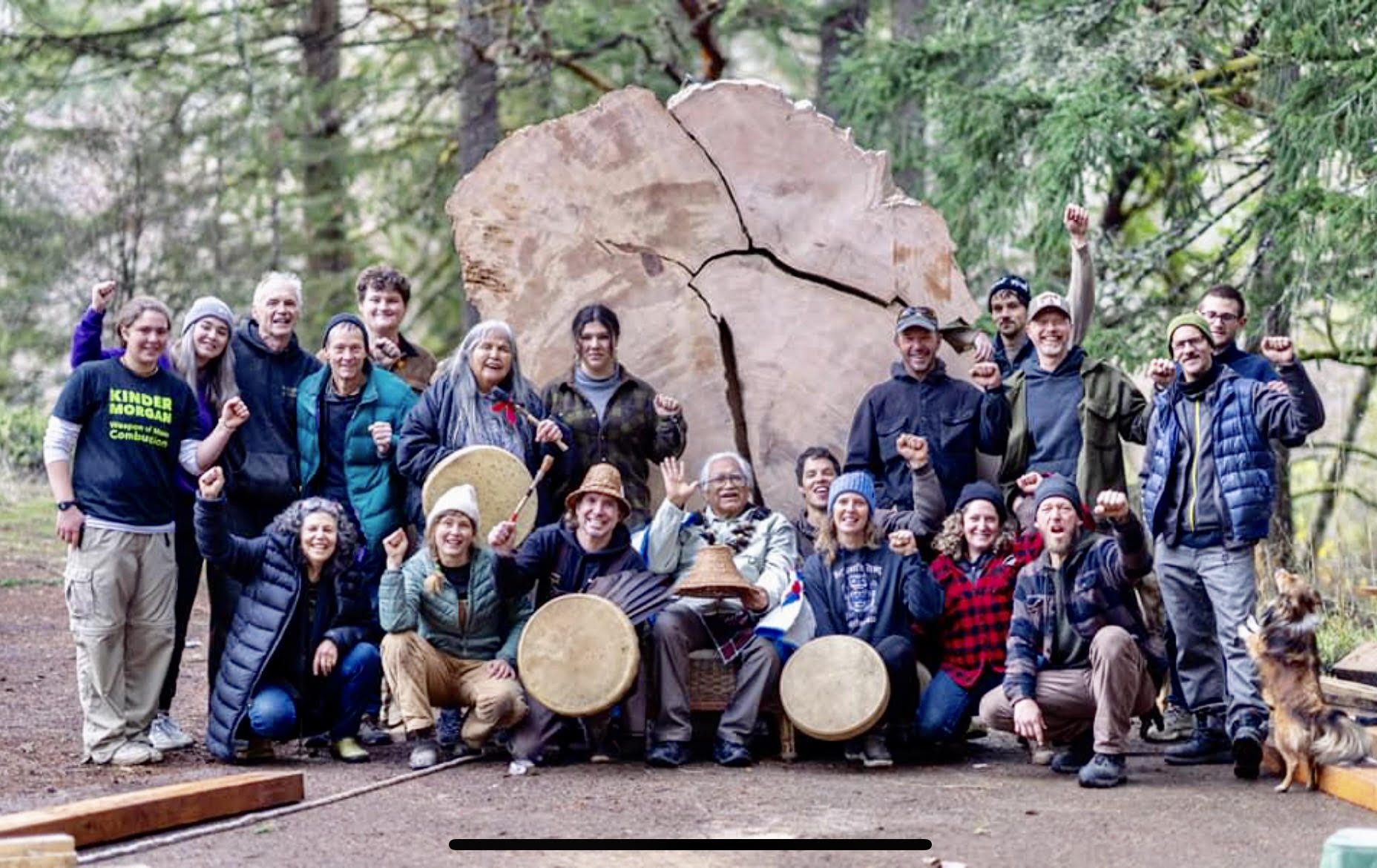 As you can see, it is enormous! Rainbow Eyes will represent Greens on a number of panels with Indigenous representatives from around the world in side events at COP15.

It is too early to know what this conference will achieve. It does not end until December 19 (if it ends on time), but I feel fortunate to be here.

I took the train to Toronto on Friday evening and spent yesterday canvassing in Mississauga Lakeshore with candidate Mary Kidnew. We blitz canvassed, joined by nearly all of the leadership candidates from the recent race. Anna Keenan, Chad Walcott, and Sarah Gabrielle Baron joined Jonathan Pedneault and me, plus other volunteers. (Simon Gnocchini-Messier had family obligations but is on the team!) It feels great to be united.

Have a great week and watch for the by-election results. Voting is tomorrow – December 12!

Some of my work in Parliament this week:

On threatened biodiversity right near Montreal: